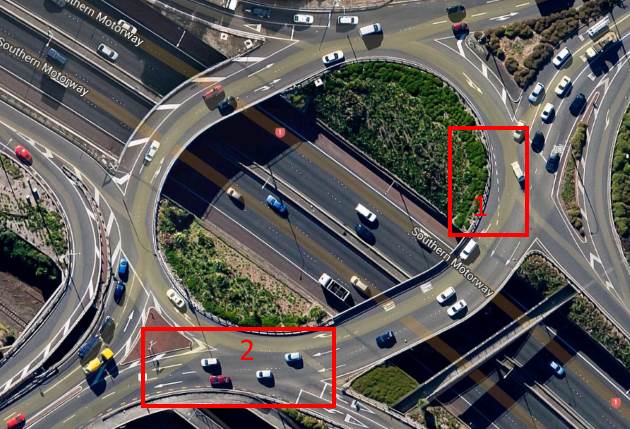 If there is only one exit road off the roundabout, vehicles coming from your right that are going straight ahead will begin signalling left as they pass where you are waiting to enter the roundabout, and then will move over left to exit the roundabout.