› › How does roadside advertising affect drivers and traffic safety?

How does roadside advertising affect drivers and traffic safety? 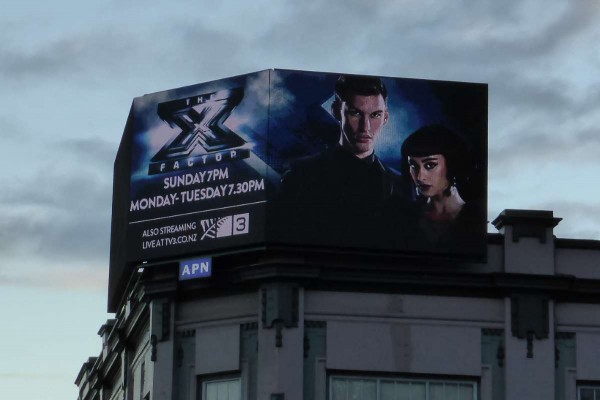 Roadside advertising has one purpose, and one purpose only: to distract drivers. While we can turn off our phones or avoid eating, smoking or shaving in the car, there’s very little we can do to avoid roadside ads. And when you have illuminated digital dynamic ones like in the photo above (yes, that’s the famous [and highly original] Willy Moon and Natasha Kills), they can be distracting 24/7.

NZTA provides guidelines to its own advertising agency about where its billboards should be placed with this advice:

Wherever possible, billboards shouldn’t be placed at an intersection.

Drivers need to be fully focused at an intersection and could be inadvertently distracted by a billboard. As a general rule, billboards should be placed at least 50 metres from an intersection; however, this is not always possible in an urban environment.

NZTA also restricts the number of elements in its outdoor advertising so that they are quick and easy to read without distracting drivers for too long:

A dynamic or digital billboard has moving images and has the potential to capture more attention from drivers. NZTA does not advertise using dynamic billboards for this reason:

Extra attention is required to view a dynamic billboard, so they are a potential distraction for drivers. It doesn’t matter how little or how much the elements move or change, or how subtle the changes are. As a driver’s attention is diverted from the road to the billboard, this increases the likelihood that the driver will have or cause a crash.

This study in Sweden of dynamic billboards showed they were more distracting to drivers.

There are hard and fast rules. For example, state highway guidelines state that billboards must be no more than six metres wide or three metres high, but NZTA does not hold other companies to the standards that it recommends itself.

And it’s not just billboards that attract our attention: there are bus backs, bus stop shells, flags and banners, sandwich boards, people holding signs, and more.

There are four ways in which roadside advertising can contribute to traffic accidents – these are all reasons NZTA gives:

NZTA provides an extensive guide on rules for roadside advertising in this PDF.

Are there any positive effects of roadside advertising?

Many traffic accidents are reported where the driver is looking for the entrance to an event or looking for a specific business; effective signage can reduce the amount of time spent searching to the sides of the road.

Signage can also reduce boredom in some areas, for example in rural areas with fewer features.

But the main issue is that signs are designed to distract us. Companies will not be willing to shell out several thousand dollars a month for a prime billboard spot if it doesn’t attract attention. The question is whether, as humans, we can cope with all the messages we are constantly exposed to while maintaining enough control over our vehicles.

Tagged with: distracted driving | Posted in Advice
When was the last time you checked your Road Code knowledge?