When you head to Europe on your OE, or even just on holiday, it pays to know some of the strange driving rules that you’ll encounter which are different to New Zealand’s. They were useful for us when we recently drove in Iceland and the UK.

The maximum blood alcohol level is 0.01%, which means that you might as well not drink. It’s compulsory to carry a first-aid kit, presumably because many of the cars a so old and rubbish that you’ll burn your hands in the engine bay trying to get them restarted.

A sign showing a bugle (like a trumpet without valves) with a red line through it doesn’t mean no musical instruments, it means you’re not allowed to use your car’s horn.

No parking meters or disabled parking bays (that we know of).

Even if it’s signposted as a one-way street, some streets let cyclists travel in two directions – watch out for them heading towards you.

You must wash your car on entering the country, and it’s technically illegal to drive a dirty car. Russia, Romania and Belarus have similar rules.

You can only park on the left in one-way streets. This isn’t intuitive because in Bulgaria they drive on the right.

Like Poland, the motorway speed limit is a fairly rapid 140kph.

It’s illegal to use your car horn for anything other than avoiding an accident.

You must not use your car horn in residential neighbourhoods or near hospitals.

You must not eat or drink anything while you are driving.

Making obscene gestures at other motorists is punishable by a fine (this includes shaking your fist!)

You must check under your car for sleeping children every time you get in it. This must be annoying for courier drivers.

You can park on either side of the road facing in either direction like this: 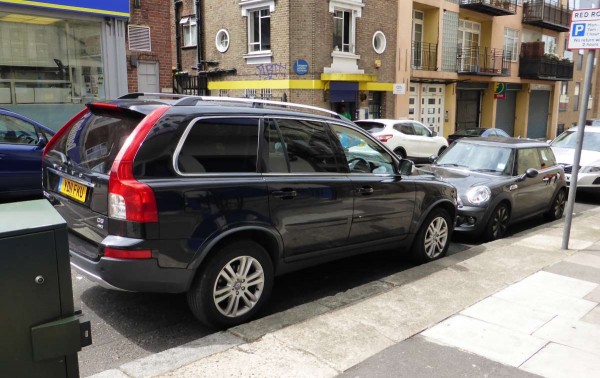 Watch out for speed cameras that measure your average speed (other countries have these, too), and speed cameras are very common. Unfortunately, so are changes in speed limit. You’ll be confused as to whether you’re in a 20, 30 or 40mph limit when in any urban area (it’s generally 30, though). When you’re on a dual carriageway or a motorway you can travel 70mph, and 60mph on single carriageways.

British cars must have a GB sticker on them if the licence plate doesn’t include GB, presumably so that other drivers know they are right-hand drive.

Taxis are not allowed to carry rabid animals or corpses and you must not flag down a taxi if you have the plague!

There is a ‘stationary idling offence’ – if you leave your car running to warm it up in winter, you could be fined for causing unnecessary air pollution. This also applies at level crossings where (as per the Highway Code), you should turn off your engine if you expect to be delayed by more than two minutes.

All cars must carry two wheel chocks in case you break down on a slope (again, presumably because of the quality and reliability of the vehicle fleet in Estonia).

You must not have any alcohol in your blood as a driver in Estonia.

The motorway speed limit drops from 120kph to 100kph between October and March because of wetter and icier weather.

In Finland, Norway, Sweden and Iceland you must use your headlights all the time.

You are only allowed to park on the right-hand side of the road, but on some days there is no parking at all if the streets are being cleaned.

You’re not allowed to use headphones of any kind, whether in a portable music device or for your phone.

Speed cameras can take photographs in both directions!

If a driver flashes their headlights at you it’s because they will move first; they’re not letting you through. You must also carry spare headlight bulbs.

If you park closer than 5m to a pedestrian crossing, expect to be ticketed.

Despite their love of wine, the French are only allowed 0.02% blood alcohol, as opposed to NZ’s 0.05%. You must also carry your own breathalyser kit.

Children under 10 are not allowed to travel in the front seat.

In certain areas at certain times you must use winter tyres.

Some stretches of the autobahn don’t have speed limits. Expect to be overtaken by buses doing 160kph. If you drive to slow on the autobahn you can be ticketed. It’s also illegal to run out of fuel on the autobahn.

If you make offensive hand gestures at another motorist you can be fined up to 500 Euros.

Some cities require you to have an emissions sticker on your vehicle otherwise you’ll get a fine.

You must turn your engine off while waiting at a railway level crossing.

Greece banned smoking while driving (something that NZ should ban, too).

You must not drive off the boundary of the road unless there’s a formed parking area in order to protect flora and fauna.

Iceland has a lot of gravel roads. F roads are the highland roads and you are not allowed to take two-wheel drive rental cars on them. If you want to drive F roads you are likely to get blocked by snow, even in summer, so you’ll need one of these:

You must not drive through certain historic areas without a permit.

All cars must have functioning windscreen wipers, but they don’t technically need a windscreen. Guess that puts the Ariel Atom out, then! 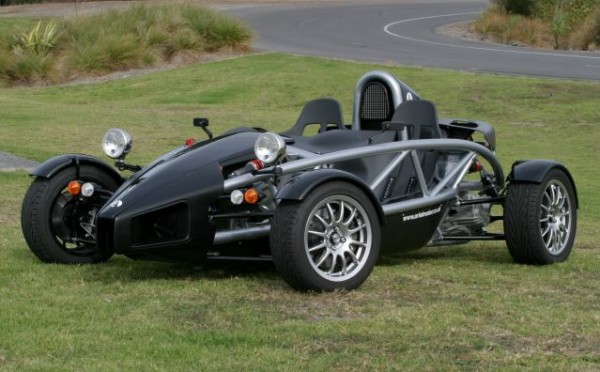 Your front seat passenger must also be sober.

You don’t need to indicate when you change lanes.

Malta is the only European country other than those in the British Isles that drives on the left.

Your lights must be on at all times when driving.

Trams have right of way (common sense really as they can’t swerve).

You must not carry a can of petrol in your car.

Hitchhiking is illegal, so don’t pick one up, and don’t hitchhike yourself. The same rule applies in Switzerland.

And remember your car must be clean.

All cars must have a tow bar and three metres of rope – obviously a lot of breakdowns occur in Serbia.

You must put your hazard warning lights on when you are reversing.

To reduce congestion you can only park on one side of one-way streets, and the side depends on the day of the month and which side has even-numbered houses!

You’re not allowed to use headphones while you’re driving.

Cyclists always have right-of-way. We’re not sure exactly what this means and we assume that they can’t just randomly roam.

You’re not allowed to wash your car on Sundays.

Every country has different laws regarding how old or how large a child needs to be before they don’t have to use a child seat.

Every European country mandates the use of seat belts in all seats where they are fitted.

There are many different alcohol limits throughout Europe. It’s best to not drink at all as some countries have virtually zero tolerance. Also, if you are renting a car and you crash under the influence of alcohol you will not be insured.

Every country in Europe prohibits people from using a handheld cellphone behind the wheel.

Every country in Europe mandates that you must carry a warning triangle. If you are travelling to Nordic, Soviet, Baltic or Eastern European countries you will also need a fire extinguisher.

Most European countries require that you carry your insurance, vehicle and personal identification documents with you while driving. Take care not to leave them in the car, though, as if they are stolen it will be a major inconvenience.