What is a tunnel?

How long is a tunnel?

How long does a tunnel need to be before it’s called a tunnel? For example, when you go under a bridge, is it just a short tunnel? What if the bridge is only a metre wide? What if it is under a motorway that’s eight lanes wide? What about something like the Awakino tunnel on SH3 between Awakino and Mahoenui? 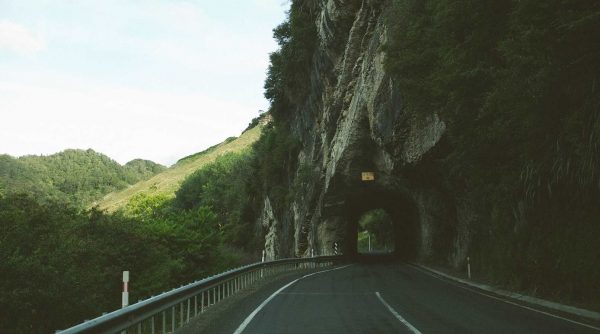 Any stretch of road that is substantially enclosed can be called a road tunnel but in road planning it’s not considered a tunnel unless it’s at least 80 metres long. If it’s between 80-120m it is termed a short tunnel or could be called an underpass. A long tunnel is when it’s more than 120m long. This is defined in AS 4825:2011 which deals with fire safety among other things. However, in Europe, a long tunnel is 300-500m and if you drive over there then you will find some countries have a great many long tunnels, as well as tunnels that are very long such as the Lærdal Tunnel in Norway which is over 24km.

Contributing factors to whether a tunnel is considered short or long are the risks involved in passing through the tunnel. For example, a tunnel could be physically short but still considered to be long if it hindered emergency operations, such as not having emergency exits.

In many countries, avalanche tunnels are common on mountain roads. One side of the tunnel typically has windows or openings while the roof provides protection from any avalanches. 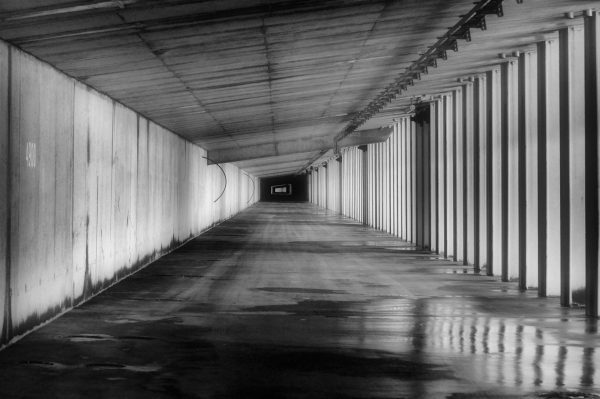 This tunnel is open on one side, not unlike an avalanche tunnel

If a tunnel doesn’t have a roof, it’s not a tunnel, it’s a cutting. Some tunnels might be formed by ‘cut and cover’ which is where a cutting is made first and then the tunnel roof added.

Regardless of the length of a tunnel, you need to know how to drive safely in a tunnel.