How to recognise potential forklift accidents

Thousands of forklift incidents happen each year, from minor scrapes to fatalities. To get an idea of how vigilant you need to be when evaluating your yard or warehouse and your operating procedures let’s look at examples of where forklifts resulted in deaths or serious injuries.

In Hewish, UK, a 70-year old farmer failed to set the parking brake or stop the engine when he stopped to open a gate. His pet Jack Russell dog moved a lever inside the forklift which moved forward and crushed the man against the gate. Key safety point: handbrake should be on, forklift tips on the floor with the vehicle in neutral if you get out of it.

In Leeds, UK, a forklift operator who had not been trained on the forklift was trapped for some time when it turned over. He wasn’t wearing a seatbelt and suffered life-changing internal injuries. Key safety point: seatbelts should be worn at all times.

A worker at an Islington, NZ warehouse was crushed, suffered multiple fractures and ended up having his leg amputated because the safety procedures the company had established (which were found to be more than adequate) had not been implemented in that particular location. Key safety point: health and safety procedures should be applied across all sites. 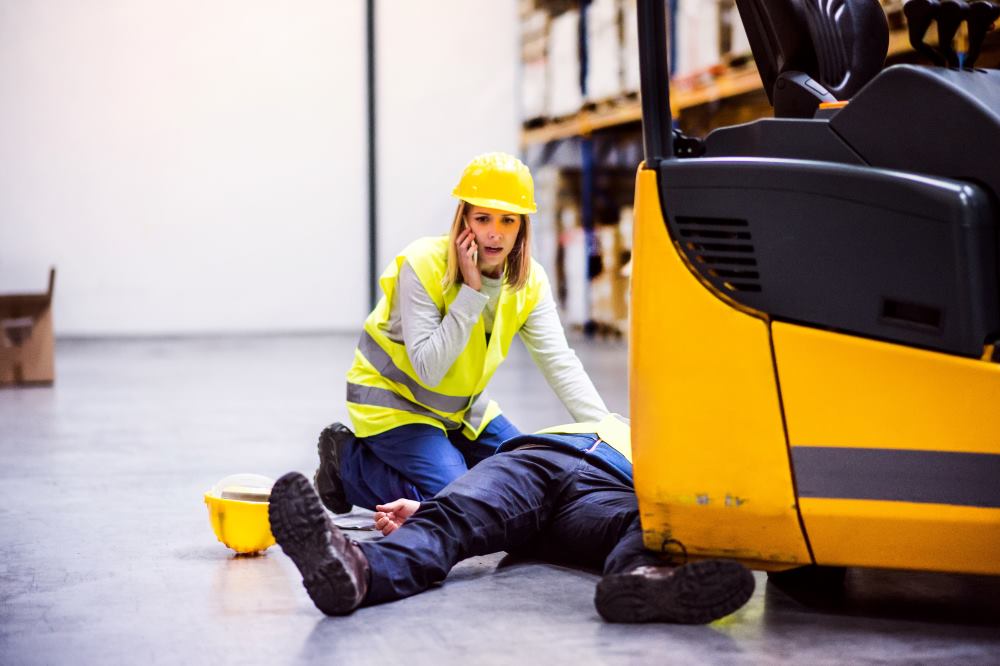 Despite being asked to stay inside his truck (according to the forklift driver) while it was being loaded at a Dublin company, the driver decided to walk into the warehouse and was crushed by the forklift driver loading the truck. A subsequent investigation found that visiting drivers were not inducted into the site and did not receive instructions about what to do. Key safety point: truck drivers should either remain in the truck or be escorted to a safe zone to wait while their truck is being loaded; traffic management for pedestrians should be in place.

A person was stacking boxes onto a forklift on a private driveway. The driver of a truck reversing into a parking lot didn’t see the pedestrian and crushed him between the truck and the forklift. Key safety point: choose a safe loading place, truck drivers should GOAL (Get Out And Look) and should have audible warnings when reversing.

A worker was killed when a chemical tote suspended only 45cm off the ground tipped forward and crushed him to death. Key safety point: always use backwards tilt on the mast when carrying a load on the forklift. 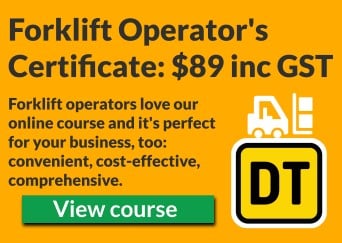 In an American man killed a co-worker in a reckless display of driving and was sentenced to 30 months in prison. The driver, who was carrying a trash hopper which restricted his view, ignored multiple stop signs. Key safety point: drivers must be supervised correctly with immediate measures taken to correct unsafe driving; drivers should travel in reverse or use a spotter if their view is restricted.

A man was pinned between the mast and frame of the forklift. He was raised by the operator approximately two metres high while standing on a pallet that wasn’t secured to the frame of the forklift. The forklift operator left the employee unattended pouring spice into a mixing tank. Key safety point: never lift a person using anything other than an approved man cage.

A forklift operator was picking up a load of fibre-board which had just been offloaded from a ship. He didn’t realise that the cargo was on narrower pallets. His forks extended beyond the first pallet and under a second pallet. As he lifted the load, it caused the second pallet to tip over, crushing a longshoreman. Key safety point: understand the load you are picking up before you lift it if you are unfamiliar with it

A forklift operator was driving with forks raised and stopped to turn off a valve to a pipe. Another forklift driver, his vision obscured by steam, didn’t see it until too late. Brakes were ineffective on the slippery surface and the operator was skewered in the leg by the fork, severing an artery. He bled to death before he could get medical attention. Key safety point: when the forklift is stationary it should be left in a safe place in neutral with the handbrake on and the forks lowered to the floor with the tips on the floor.

Two workers in cold weather decided it would be quicker to tow a forklift back to base along a new road using their pickup truck. The truck driver dragged the forklift in reverse at about 25km/h while the forklift operator steered. The operator lost control and was crushed by the truck as it went into a ditch. Key safety point: practice safe towing, preferably transporting a forklift on a flatbed truck.

A man parked his forklift on a slope in order to reposition a bin he was carrying. While in front of the forklift, the handbrake released and the forklift rolled forwards crushing him against a wall. The handbrake mechanism was found to be worn, allowing it to release with minimal pressure. The operator was not qualified or trained and was not being supervised. Key safety point: ensure that maintenance is carried out regularly by a qualified forklift mechanic; tag out any machinery that is not safe; forklifts parked on slopes should ideally have chocked wheels.

According to OSHA figures from operators in the USA, the breakdown of the cause of fatality in forklift accidents is:

Almost 100% of incidents can be eliminated by better training and effective health and safety procedures.