› › Tailgating – what is it and why is it dangerous?

Tailgating – what is it and why is it dangerous?

Tailgating is driving behind someone too closely. There is a recommended safe following distance which varies with speed and is indicated by time: the two-second rule. This means that the time difference between the back of the vehicle in front and the front of your vehicle should not be less than two seconds. In wet weather, or if you are towing a trailer, drivers should increase this to four seconds. The safe following distance should give the driver enough time to stop if the vehicle in front stops suddenly.

We asked Duncan Seed of 2 Drive Safe, and Chairman of the committee of the Canterbury Institute of Advanced Motorists groups and National Vice President of the New Zealand Institute of Driver Educators for his input. Duncan is an experienced instructor for cars, motorbikes and heavy vehicles.

“Many riders and drivers tailgate – that is, follow at less than the recommended safe distance. For the test, they use the 2-second rule: “only a fool breaks the 2-second rule” – it takes 2 seconds to say that little rhyme!

“The legal requirement for which you can be prosecuted is 4 metres per 10kph so at 50kph you should be no closer than 20 metres. The two-second rule would give you approx 24 metres at that speed. In my experience as a trainer, tailgating is a habit that is formed because of a lack of negative experiences in someone’s driving or riding – it’s what I call “normalised unsafe behaviour”.  Day after day we see drivers and riders tailgate each other, we may do it ourselves, and guess what? Nothing bad happens! So our experience daily reinforces our false belief that “we are ok, we are safe, nothing bad has happened to me, it must be ok”.

“The problem is we are believing a lie and, simply put, you can’t beat physics.”

The two-second rule, which is an easy mnemonic to remember, is only barely adequate. In perfect circumstances you will take around 0.5 seconds to react – this is what’s defined a perfect reaction time for drag racers responding to the lights when they know the lights are going to change! In most circumstances, you are driving slightly distracted because, in general, driving is fairly mundane. Your reaction time is more likely to be around a second, and possibly more if you are older. This PDF outlines research done on brake reaction times.

Let’s assume the car in front has abruptly stopped. It might have had a head-on collision or hit another large stationary vehicle ahead of it in a nose-to-tail, or perhaps another vehicle pulled into its path. Taking into account your reaction time of one second, that means you have one second remaining to stop your vehicle. 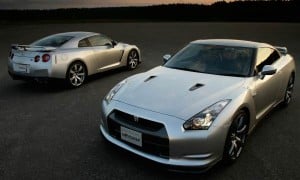 If we take a vehicle with one of the best braking performances on the market today, the Nissan GT-R, it takes approximately 2.6 seconds for it to stop from 100kph in perfect conditions (dry road, good tarmac, and the Nissan has a lot of electronics and wide tyres to help each wheel get the maximum braking potential). You only have one second, and speed loss is exponential in terms of distance travelled. Therefore you’ll still be travelling at considerably more than 60kph when you hit the back of the vehicle in front.

Duncan also says, “The same goes for when we are being tailgated, if we don’t anticipate the vehicle behind coming up close and drop back even further, then we might be in a position where we stop, but the vehicle following us will make a rider sandwich of us between two vehicles. If we are ourselves being tailgated we could pull over – that is if we leave our ego behind and decide to be safe and alive rather than brave and squished! If there are a number of cars in front who are all tailgating each other (in a convoy), based on the same principle above, if the first car fails to take its full stopping distance to stop by the time you get two or three cars into the convoy they won’t even hit their brakes before crashing into the vehicle in front. So I drop back, protecting that invisible space around me called my safety bubble, giving me more time and space to think, plan and act safely.”

Excellent driving relies on you anticipating what is about to happen, and for that you need to be able to see the road ahead. The closer you travel to the vehicle in front, the less you can see of the road ahead.

Tailgating can be perceived to be aggressive and intimidating and may cause road rage in the person you are tailgating. Tailgating is also frequently used by frustrated drivers who cannot get past a slower driver due to road conditions. If you notice someone tailgating you, are you driving considerately and can you allow them to pass? 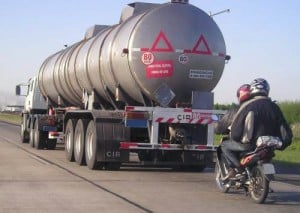 Travelling very close to the vehicle in front will reduce the wind resistance for your vehicle, but only significantly if it is a large vehicle, such as a truck. However, the ultimate savings in fuel are negligible. At 90kph one test saw a 20% reduction in fuel used while travelling in a car 15m behind a truck in front, whereas the minimum required distance by law is at least 36m. At 15m a driver will hit the back of the vehicle in front before having a chance to apply the brakes, and driving like this is, therefore, is extremely dangerous.

Of course, this was in a test situation where real-world conditions such as the driver in front adjusting his speed to the vehicles in front of him perhaps wouldn’t have been considered. When you drive very close to the vehicle in front, its change in speed will have a greater percentage difference to the distance between you. For example, if you are following at 40m and the vehicle head slows slightly and closes the gap by 4m, that’s only 10%; if you are following at 16m and the same occurs, it has closed the gap by 25%. This means that you will be on and off the brake and throttle when travelling closely because you can’t even out these fluctuations in the gap so easily.

Additionally, the fuel savings are only relevant while driving in this situation, whereas the majority of driving tends to be in situations that would make this impossible.

What can you take away from this?

If someone is tailgating you, particularly a much larger vehicle, you should leave a greater buffer between you and the car in front of you.

You don’t save much fuel by tailgating, and the risks outweigh the savings

The two-second rule only works in situations where the vehicle in front has braking time, not when it stops abruptly. Many safety organisations recommend three seconds as being much safer.

The two-second rule should be increased to four seconds if it’s wet or you are towing a trailer.

The closer you are to the vehicle in front, the less you can see.

Tagged with: road rage, tailgating | Posted in Advice, Car, Heavy Vehicle, Motorbike
When was the last time you checked your Road Code knowledge?